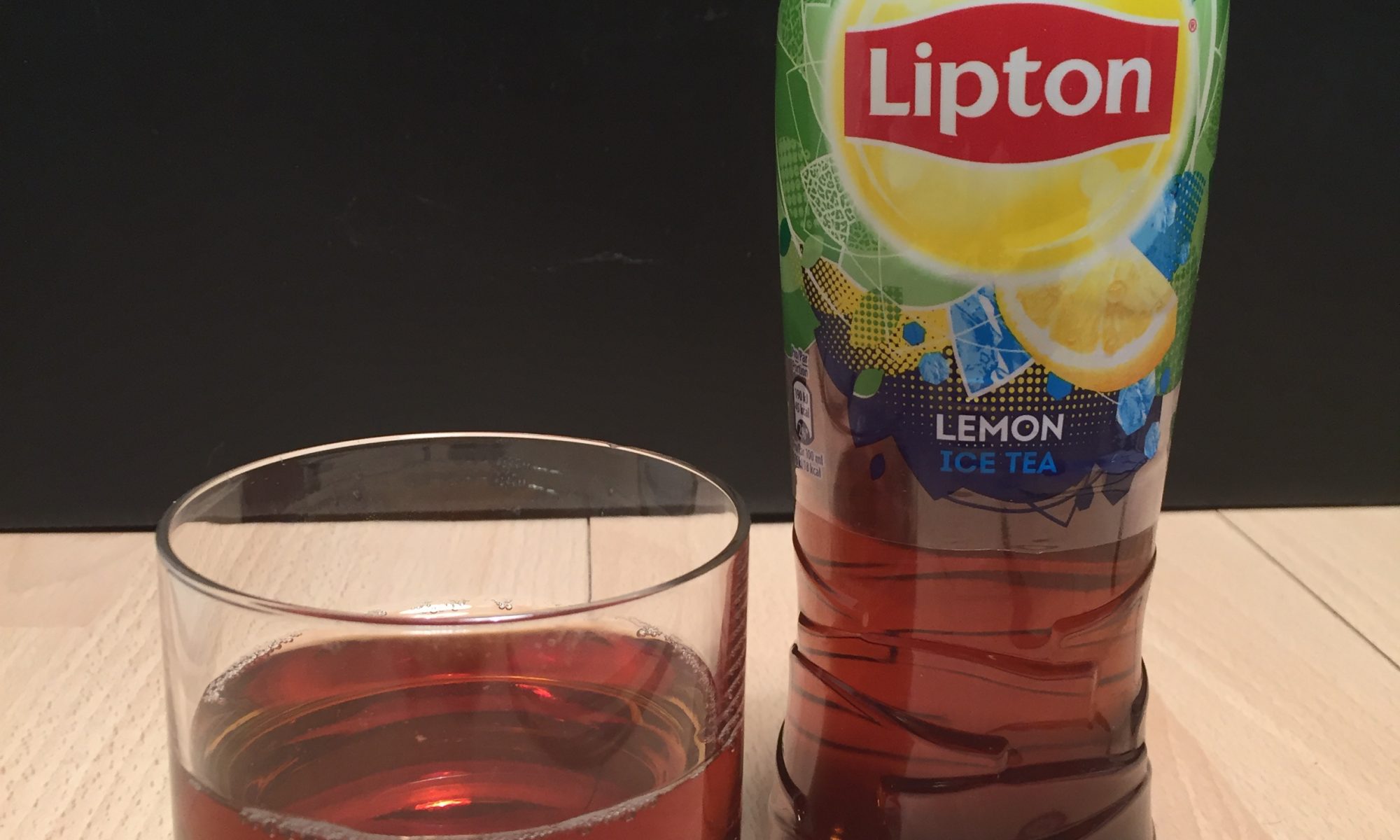 This is the other major big-brand ice tea — and one that I was drinking for many years (since it is the only one easily available at a reasonable price in the UK).

Unfortunately it has the same blandness to its taste as Nestea and its flavor is dominated by the artificial sweeteners. That said, it lacks the distinctive artificial sweet taste at the top of the tongue, which Nestea has. So it is more easily drinkable and flows down the throat without being too sticky.
Nevertheless it has a certain bitterness at the end of the tongue, upon swallowing.
The black tea is also quite obvious in the taste and the sugar is clearly noticeable.  Mixed with the artificial sweetener, the taste lingers on the lips until washed out with another drink. The artificial lemon taste is also very strong and permeates the whole aroma.

Same as the other big-brand ice tea it has quite a high consistency in taste the world over, although not quite as extreme as Nestea. You will notice just slight variations in taste from country to country, which I guess are due to the different water-sources used in the production of the ice tea.

On the plus side: This is probably THE most widely available ice tea in the world (maybe even more common than Nestea). You will quite easily find packs of large bottles at quite a low price, as this ice tea is produced by one of the biggest food companies in the world, Unilever. So if you want to drink some ice tea without spending a fortune, you have little other choice. Also, you will often find yourself in a place (especially stalls and kiosks) where there is no other ice tea on offer other than Lipton.

There are several varieties in flavor, but as usual the Lemon version is the most common (and my preferred) one.