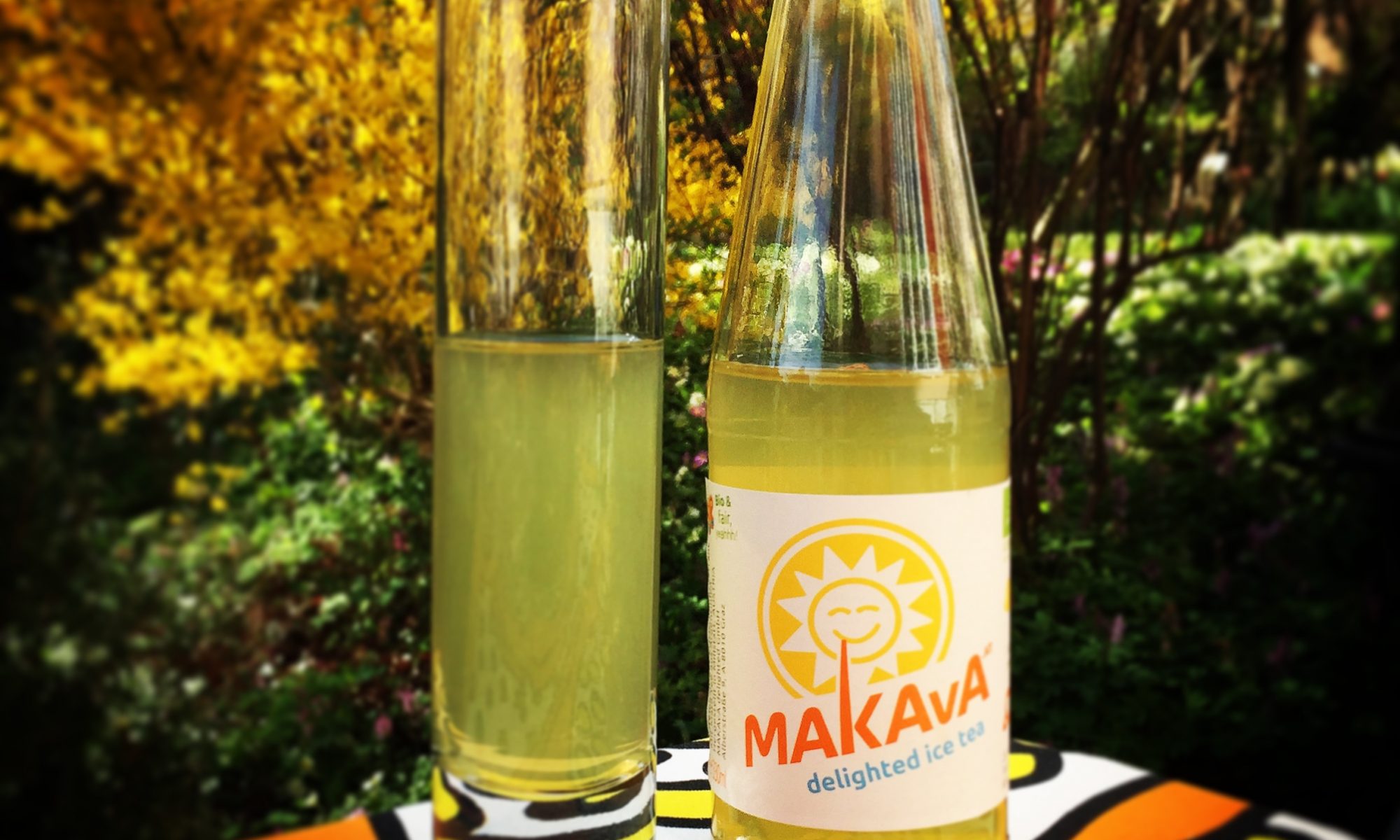 Makava, the Austrian company that produces it, calls this drink “delighted ice tea”…  I didn’t know what they mean by that. But they sent me some samples (Thanks!) – and after trying it, I have to say it really is quite unlike any ice tea I had before. It is made with mate tea, instead of black tea – which gives it an uniquely spicy and refreshing taste.

Color
A very bright, transparent-ish yellow. It’s light and pretty clear, but I can see some substance flowing in it – I guess it’s the lemon juice – which gives it a certain cloudiness.

Taste
At first sip is almost mild… at least the taste on the tip of the tongue. Just a very refreshing lemon-ness from the added lemon-juice (according to the label). But as soon as I swallow the bitter-sweet drink, I sense an entirely different and quite unusual taste, at least for an ice tea. It’s just because I’m so used to black tea and the occasional green tea, but never mate tea. I’ve had mate before (great with vodka), but not as an ice tea with lemon flavor.

The mate is very refreshing, even more so than green tea. It’s flavor is very light and not as full as a black tea based ice tea (even though it does cone in some black tea, according to its label). But it’s spicy in my mouth 🌶 , a very strong taste, almost fish-like (which I personally don’t mind) and that goes well with the added lemon juice 🍋 .
That said, the taste is so spicy, I can’t drink too much of it or it tickles my throat somehow! But its flavor is so much more interesting than your average black tea, that I keep going back to it… Therefore this ‘delighted’ ice tea brings me in a funny situation. I keep switching between it and other ice teas, but keep coming back to it… It’s also medium-sweet, so I can drink quite a lot of it and it doesn’t stick too much in my mouth.
I guess all this goes to say: Great if your looking for a change in flavor from your usual ice tea! (But probably too spicy to drink every day in large quantities.)

Sourcing
This is something I love about this ice tea: The label indicates more or less the source of the ingredients. The water is Austrian spring water. The rest: Mate*°, black tea*°, sugar*, lemon juice*, elderflower extract*, citric acid is all marked as either *organic,  °fair-trade or *°both.

Price and Availability
The Makava delighted ice tea comes in a 0.33 L glass bottle and it’s available in Austria 🇦🇹  and parts of Germany 🇩🇪  and Switzerland 🇨🇭 .
Priced at 2.10 CHF ( US $ 2.10) per bottle at the whole-seller (and obviously way more at the bars and clubs where you’ll usually encounter it), this is not the cheapest of ice teas. But it’s neither the most expensive and actually an average price for a specialty tea and compared to the big-brands.
Nevertheless it’s not the ice tea I could afford to drink every day.
But as I said before, this is anyway not an everyday ice tea! 🌞